FRIENDS AND NEIGHBORS OF DESCHUTES CANYON AREA
Board of Directors
Friends and Neighbors of the Deschutes Canyon Area board meetings are held at 3:00 p.m. the second Monday of most months.  Copies of the agenda and financial reports are available before the meetings.  Public comments are welcome at the end of the board meetings.  Contact us if you would like to attend a meeting. 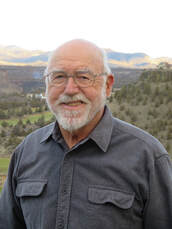 Al Albin, Board Member, grew up on a farm south of Salem, Oregon. His childhood experiences fostered a love and appreciation of the out of doors. In the mid 70’s, he felt the need to move to the dryer side of the Cascades. He lived in the John Day Valley where he was fortunate enough to find work at the John Day Fossil Beds National Monument. His work there and his contacts with geologists and paleontologists who visited and studied the fossil beds inspired him to study geology in earnest. Al attended Central Oregon Community College in Bend, then went on to Oregon State University in Corvallis where he received his Bachelor of Science degree in geology. He had a wonderful opportunity to attend Northern Arizona University where he studied the metamorphic and intrusive rock suites that formed during the assembly of North America 1.7 billion years ago.
After receiving his master's degree, Al worked for the Bureau of Reclamation in Arizona and Nevada as an engineering geologist on heavy civil construction projects including dams, water control structures and tunnels. He later had the opportunity to be part of an engineering team working for the Department of Agriculture. From the office in Denver, he worked on dams and water control projects primarily in the Rocky Mountain Region and the Great Plains states. He retired in 2013. After 25 years away, Al felt the need to come back home. He and his wife, Kathlene, moved back to Oregon in 2015 and have made Crooked River Ranch their happy home. Geology remains an important part of Al's life; in particular, he is interested in the complex processes that operate and have operated in the past to shape the continent.

​
​Sue Combs, Treasurer, Database Manager and Website Guru-in-Training, is a born-and-raised Willamette Valley Oregonian and Oregon State graduate, who  returned to Central Oregon in 2017 after living in Colorado for many years.  Central Oregon was always her favorite playground while growing up, so she is thrilled to be home! Sue brings a passion for wild places, outdoor recreation and spreadsheets to FANs. She has a Bachelor of Science in Forest Management, worked as an engineering drafter for many years (before CAD), and then taught elementary school.  She has two adult sons and is 2-year-old Amelia's adoring Nana. 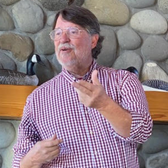 Chris Gardner, Board Member, has lived in central Oregon since the 1980's, where he raised three children. A graduate of Indiana University, he recently retired from a career as a trial lawyer, focusing on representing abused and neglected children. A founding member of the KIDS Center board and a long term member of the Friends of the Malheur Wildlife Refuge board, he has broad non-profit experience. His home overlooks the Deschutes River valley where he hikes, rafts, swims, fishes and feels a deep commitment to
preserving the middle Deschutes River while enhancing opportunities for us all to enjoy this environmental jewel. 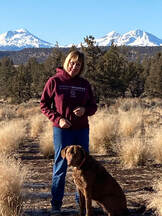 ​Robin Galloway, FANs President, lives in the Lower Bridge Valley, where she is learning about improving wildlife habitat in the high desert.  She is an Oregon State University Professor Emeritus and worked with the OSU Extension Service 4-H Youth Development program.  Engaging youth and families through natural resource education is one of her passions. 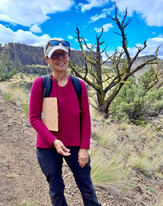 ​
Marilynne Keyser, FANs Past-President,  is a retired CPA who also worked on Governor Barbara Robert's policy staff during the early 1990s.  She is an avid birder, hiker and canoeist, and an amateur native plant specialist.  Marilynne heads up FANs' native plant efforts. ﻿
Rod Miller, Board Member 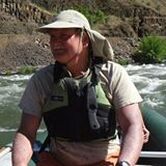 Tom Mottl, Board Member, graduated from Colorado State University and began his career with BLM as a Hydrologist and Recreation Planner.  He was a river manager for several rivers in New Mexico and then in Central Oregon.  His last project was constructing trails within the Crooked and Deschutes Rivers adjacent to Crooked River Ranch.  Tom would like to continue his involvement in protecting and enhancing these two Wild and Scenic rivers.

​Cindy Murray,  Secretary and Past-President, moved to Central Oregon from Southern California 7 years ago. The wild  and scenic canyon lands proved to be irresistible after a visit 17 years earlier. Living on the edge of  Deschutes Canyon-Steelhead Falls Wilderness Study Area has given her an opportunity to observe wildlife on a daily basis. She is passionate about these beautiful public lands and participates in projects to educate others about the natural wonders in our backyard.  Cindy is FANs of the Deschutes Canyon Area's Membership Coordinator.

​
Penny Radtke, Weed Team Coordinator, was born and raised in the Willamette Valley of Oregon.  Annual family camping trips to Central Oregon sparked her love for the high desert.  She moved to Bend in 1977 and to Crooked River Ranch in 2011.  Penny is an avid hiker, canoeist, and wildflower enthusiast.  After a career in nursing, she is thrilled to be able to spend more time and energy enjoying the surrounding wild and scenic lands.
Leadership Coordinators 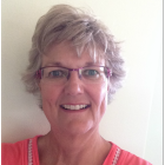 ​Karen Atwood, Native Garden Coordinator, is excited to be able to continue the work that Marilynne Keyser and FANs envisioned and initiated.   The Native Garden has become one of the focal points of Crooked River Ranch's Administration area and Karen has been pleased to play  a part in its success. 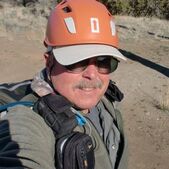 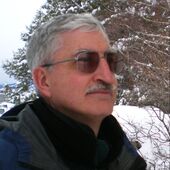 ​Jeff Scheetz is the FANs Golden Eagle Monitoring Coordinator and a hike leader.   After an engineering career in the Pacific Northwest,   Jeff moved to Crooked River Ranch in 2013.  He has climbed extensively in the Cascade range,  and spent over 25 years as a Search and Rescue volunteer.    Current interests include exploratory hiking,  observational astronomy, and volunteer firefighting. 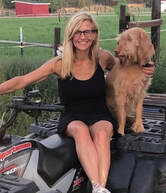 Ilene Smith is FANs’ Deschutes Canyon Currents newsletter editor. After 20 years of living overseas and in Washington D.C. with the US Department of State, Ilene and her husband Dean have recently returned to the farm they have owned for over 30 years on the Middle Deschutes River west of Redmond.
Raised by parents who modeled environmental stewardship by developing their own nature park, Ilene is hoping to carry that torch by engaging in projects here in Central Oregon that protect and expand wild and scenic areas. Hobbies include herpetology, hiking, biking, fly fishing, tennis, trail cam wildlife monitoring, and anything outdoors!
Powered by